Trump: LAX Is Example Of ‘Third-World’ US Infrastructure 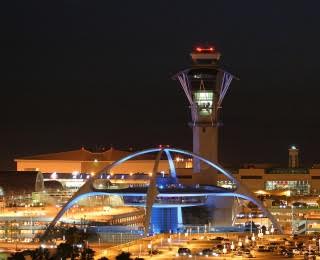 The exchange came as Trump lamented the country’s $19 trillion of debt and vast infrastructure needs.

And we have a country that needs new roads, new tunnels, new bridges, new airports, new schools, new hospitals. And we don’t have the money, because it’s been squandered on so many of your ideas.”

“Maybe [that’s] because you haven’t paid any federal income tax for a lot of years,” Clinton replied.

Trump’s choice to call out LAX may not surprise travelers who have become accustomed to seemingly interminable traffic getting into the airport on certain days and long security lines after check-in.

Still, some debate observers questioned Trump’s world choice. “Third world” originated during the Cold War to define countries who were not allied with NATO or Communist Bloc countries. It has more recently become a stand-in phrase for “impoverished” and is widely considered an outdated term to describe developing countries.

Trump isn’t the first politician to use the term to describe U.S. airports. Vice President Joe Biden also characterized LaGuardia as “third world” prior to a recent upgrade.

LAX ranked 91st in the world, according to a survery of 13.5 million air travelers released by research firm Skytrax earlier this year. A J.D. Power survey found that LAX ranked 29th among travelers in North America, the Hollywood Reporter recently reported.

The airport has acknowledged some of its shortcomings and is working on a $14 billion improvement project. The publicly-owned airport operates on revenues generated at the airport. Capital improvement projects are typically financed by municipal airport bonds.