The city of Santa Barbara is situated 98 miles from LAX international Airport. If you are intending to take a ride from LAX to Santa Barbara it will probably take 2 hours.

The city of Santa Barbara is in the central coast of California with dramatic Ynez Mountains. The downtown Santa Barbara is characterized with Mediterranean style building with copper red-tile roofs which are a reflection of the deep Spanish heritage associated with the city.

On lining State Street they are stores and restaurants offering a lot of service to the community and visitor who visit the city of Santa Barbara.

Trying to get of LAX can very hectic due to heavy traffic you always find around the airport. The awesome way to get out of LAX is just by picking the right car service. The distance from LAX to Santa Barbara is neither too long nor too short but by picking a private car service the ride can be sublime and entertaining. Private car services offer very excellent service and they are on the lookout for their customers.

Traveling from LAX to Santa Barbara is a relatively long tour but you can maximum your travel experience by using a car service. You can derive a lot of benefits from traveling using it. I can highlight those benefits below.

1. Avoid the Hassle Of Cabs

The money spent to book a town car or SUV will be money worth spending and save you the much needed time since they are effective.

2. Enjoy Services of a Professional Chauffeur

The service you get from professional chauffeur cannot be compared to other service offered by just literally cheap drivers. A great company looks forward in hiring the best professional drivers.

The ability to make reservations on private car companies is great since it helps you in arranging your tight schedule.

It is also nice to be driven around by a person who understands how worth life is and take of it well. A driver who is trained to handle client with get respect can bring much more success to the private car company.

If you pick the right car service company you will enjoy the best service at the palm of your hands. Private car services know when your plane will be landing so that they can come and pick you right away. Good chauffeurs assist you in loading your luggage into their cars with warm hands to welcome you to the city.

They notify you when you bound to experience traffic so that you can view your options if you are in very great hurry. The ride is always smooth and sublime since there will be no stop over along the way so, in the end, they are fast unlike some means where you have to wait for others.

A good and great car service should provide the best service at hand for easy transport and travel to any destination. From LAX to Santa you get additional benefits of using private services like

If you happen to find yourself in Santa Barbara you can visit the Queen of the Missions Stations. It was the only mission center that had remnants of the Franciscans after it undergone Secularization and they have preserved it up to now. The church was built in 1829 after the original one was destroyed by devastating in 1812.This church symbolizes the work of Father Antonio Ripoli. The church features a Roman Temple Facade which was built by the Chumash Indians.

This mission center features two towers which were rebuilt to resist any type of earthquake. Currently, the mission center serves as a church parish. Inside the center is a museum with art piece of the colonial period and major artifacts.

The church has also some beautiful gardens around it. Also, there is a cemetery in which some ancient early Spaniards along with some almost 4,000 Chumash Indians were buried.

The Santa Barbara County Courthouse is old Spanish building that looks like a palace. It was build and completed shortly after the earthquake of 1929.The staircase has some special tiles which were imported from Tunisia but the ones on the arches are from California. The entrance to the hall which is on the first floor is wonderful with a wide range of styling that includes Romanesque, Islamic and Byzantine.

If you are intending to a have a good view of the city and the ocean you can head to the very top of the El Mirador bell tower. Within the courthouse, they are numerous paintings by prominent artists like Van Cina and Allan Gilbert Cram. Also, you can find the original Grobeck in the mural visitors room. 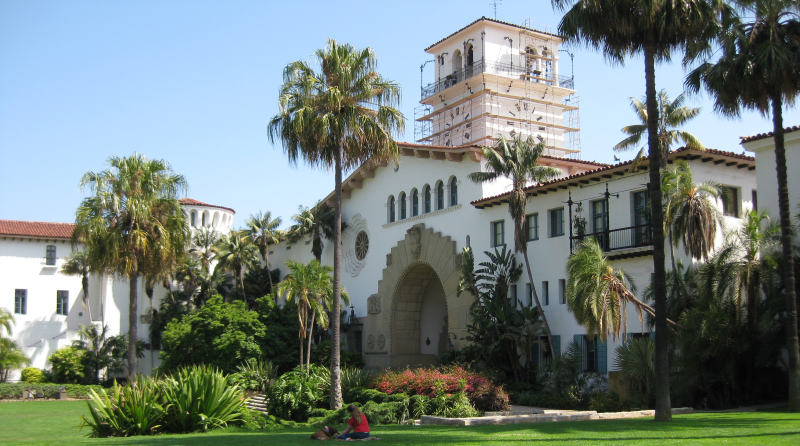 The Museum of Art in Santa Barbara is one of the bet regarded cultural institution has a wide variety and a good collection of arts. The museum is famously known for the collection of the Claude Monet pieces.The museum has a major piece of art which is the mural of the United States designed by David Alfaro Siqueros.The museum occupies a large area of 60,000 square feet which includes a cafe, museum store,a kids gallery and a large library.Also, holds a stable collection that entails 5000 years of human being history with an additional travel exhibits.This a place you ought not to visit.

The Stearns Wharf is where the Sea Center is located.The center has the combination of the Santa Barbara Museum of the Natural History and the Marine Sanctuary.You can visit to enjoy the bright side of life along the Santa Barbara Channel which also includes the calm forest.Here you can have a decent view of the sea urchin.The exhibits also include the studying the testing and sampling of ocean water, behavioral study of animals and microscopic sampling of marine life.This exhibition is very suitable for families I bet kids will love it here. Children will enjoy the touching of live specimens,small sharks and the pool.

The Santa Barbara Botanic Garden gives you the chance to look at the ancient California trees and plants.The strait around leads you through the bushy areas providing a view of nature and the environment.The garden has been around since the 1930s and it offers a variety selection of ancient mature plants and trees.A section of the garden has a tagged name the Santa Barbara County Historic Landmark.If you happen to be here you can take a simple stroll to relax of your brain .If you are keen you can see some plant are labeled. At the site, there is a store selling books and several other items.All there is a nursery where you can purchase some native California plants.

The zoo occupies nearly 30 acres of land,the zoo is famous for its beautiful landscape that allows a clear view of the Santa Ynez Mountains and the Pacific Ocean.The zoo is a home for all types of animals, insects and reptiles.When you are inside the zoo you feel like another botanical garden since it is layout in a formal garden settings.It has native ancient plants, cacti and trees.There is a program inside the zoo called Barnyard that allows you to feed the sheep inside the zoo. Also, there is a Giraffe Feeding Center a place where you can practically feed and interact with the Baringo Giraffee I can tell you a lot of kids spend their time here.

Within the zoo, there is a zoo train as well as a carousel for your kids. 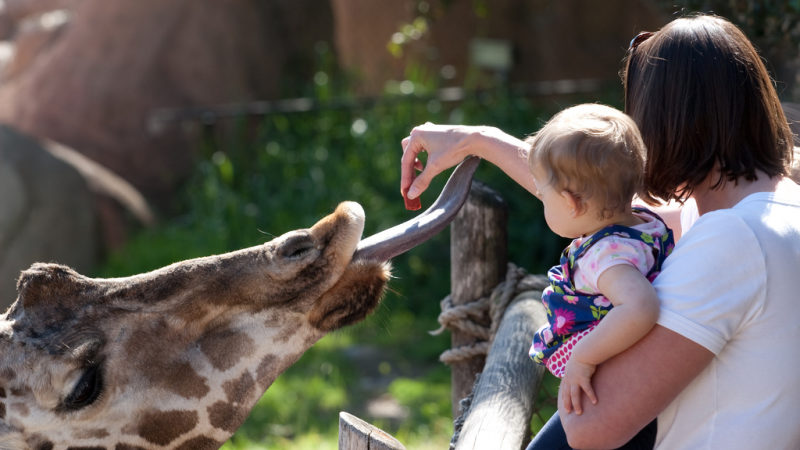 The Casa de la Guerra is a U-shaped building that was built from the year 1819 to the year 1827 to serve as a social and political center for the community.It was established by 5th commandant of the Presidio.Another modernization was done by adding some house on the northeast sides and northwest sides making it the El Paseo Complex.During 1925 when Santa Barbara was being rebuilt the Spanish Street played a major role in designing of the city.

The Casa de la Guerra has found it place in the National register of Historic Places and it is a perfect example of Mexican home styling during those days.

Every year an annual Spanish event is done in front of the building. 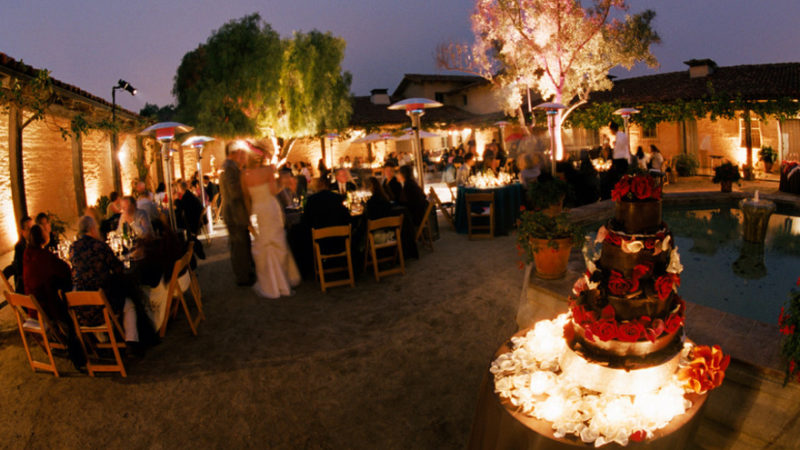 This Maritime facility was formed here in Santa Barbara back in the year 1994.It was previously known as the Old Naval Reserve Center but in 1942 it became an U .S Navy training base until 1994.This museum has various exhibits,ancient fishing boat,old sailboat and the popular Munger Theater. The theater is a nice place to visit where awesome old and current maritime documentaries and movies are shown.The Maritime Museum can be a big fun especially to children and it is educative as well.

This fortress has a bit of history it was established by the Spaniards in the year 1782but it was heavy damaged by the two earthquakes of 1806 and 1812 and it later useless after the American invasion of 1846.What has remain from the original building is the soldiers quarters,El Cuartel and some rooms of the Canedo Adobe.

The chapel and the padre house has been somehow been restored.

This Historic Park is situated in downtown Santa Barbara just at the intersection East Canon Streets and Santa Barbara. 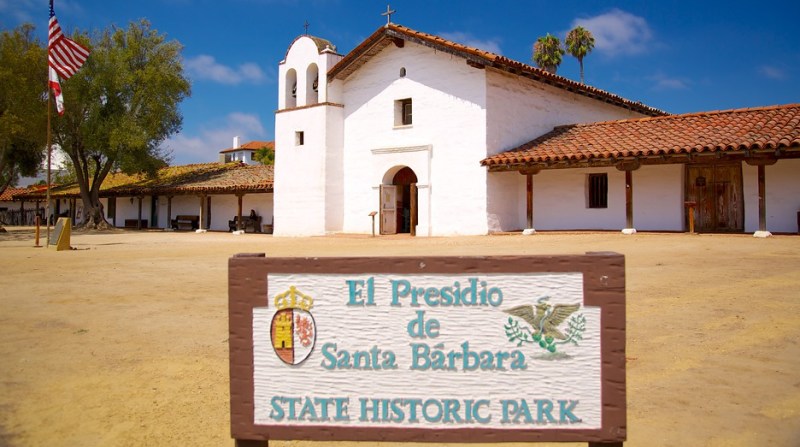 On the far end of the State Street in Santa Barbara, you can find the Stearns Wharf. The Stearns Wharf was built back in 1872 and since then it is the longest deep water pier that exists between San Francisco and Los Angeles.This landmark structure has stores and restaurants,it offers a stunning view of the harbor,the aquarium and the mountains just behind Santa Barbara.It is a lovely place with some few shops.If you happen to visit Santa Barbara this can the place to have a nice lunch with a clear view of the beaches and the ocean.Visitors like this place and they just come to hang around.

The city of Santa Barbara can be a very awesome to visit it got a lot of funny and amazing to do.Here you can visit a lot of very amazing places.If you are intending to relax of your brains then this is the place to be without doubt.All that can be found in other cities can still be found here plus a lot more.Santa Barbara is a cultural city that shows the heritage of pre-colonial communities that existed there.To travel from LAX to this city all you need is just to hire the right private car company.