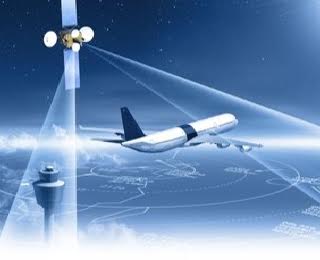 As soon as November, Southern Californians may see jets and planes coming and going in parts of the sky where aircraft seldom flew, after the Federal Aviation Administration’s announcement Friday that it is ready to replace its aging air traffic control system in the region with new satellite-based procedures.

FAA officials said the so-called Metroplex proposal can move forward because the project’s environmental review — which found no significant impact — has been completed after receiving and evaluating thousands of comments from the public for the past year.

“We worked hard to balance the need to modernize with being responsive to concerns we heard from Southern California communities,” said Ian Gregor, an FAA spokesman in Los Angeles. “The modernization work we’re doing is laying the foundation for future safety and efficiency improvements.”

The system, which officials call state-of-the-art, is designed to track aircraft more precisely than current radar-based technology, potentially freeing up congested corridors and allowing pilots to make shorter, safer flights to their destinations.

For passengers, the anticipated benefits include less time in the air, reduced taxiing times and the elimination of long delays on the tarmac or at terminal gates. Nationally, flight delays and cancellations cost travelers an estimated $16.7 billion a year, roughly the same amount as air carriers lose to those inefficiencies.

Pilots and air traffic controllers say the new system should provide substantial benefit in Southern California, which has some of the busiest airspace in the nation. On a typical day, more than 11,000 aircraft take to the skies, largely over the sprawling Los Angeles Basin.

The Metroplex system relies on sophisticated automation and global positioning satellites that will let controllers and pilots know exactly where aircraft are at all times instead of waiting every nine to 12 seconds for radar signals to bounce back.

Air traffic control will be able to create more precise flight paths, keep aircraft routes separated automatically and reduce radio communications with pilots because instructions can be downloaded into onboard flight computers.

In addition, the new measures would let controllers space aircraft closer together during takeoffs, landings and flights, meaning airports could handle more traffic.

The Metroplex project— one of 14 in the nation — is the local application of procedures and technology from the FAA’s sweeping NextGen program.

In Southern California, the new system includes 99 new departure, arrival and approach procedures that use satellites to guide aircraft until they are very close to their destination airports.

The Metroplex project, which includes six major and 15 smaller airports, also will expand the number of places aircraft can enter and leave Southern California airspace.

FAA officials say they will phase in the new procedures from November until April 2017, during which time the agency will conduct more outreach to inform the public about the changes.

As the procedures are implemented, some people on the ground might see aircraft where they previously did not fly because of route changes and more concentrated flight paths.