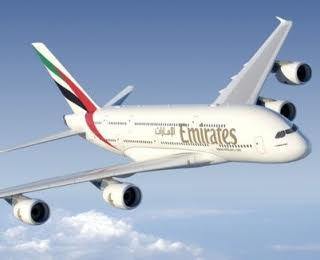 This second flight between LAX and DXB will be operated with an Airbus A380-800LR aircraft configured with 14 private suites in first class, 76 seats in business class and, in economy class, 401 seats.

In announcing the new service, Emirates noted that its existing Dubai-LAX service provides $677 million in annual economic benefit to L.A. and the surrounding area, contributes over $270 million in annual spending by visitors, and helps to support nearly 6,000 U.S jobs.

The number of visitors — and the amount they spend — has been steadily rising on Kauai, Hawaii’s fourth largest and northernmost island, so Hawaiian Airlines is increasing its direct service from Los Angeles to Lihue Airport, on the southeast coast of the island.

Beginning today, Hawaiian Airlines will begin operating three weekly flights between LAX and LIH airports, which marks the first time the carrier has offered direct service to the island outside of its seasonal schedule. The service increases to four times daily for a short period in May and, during the summer, the service will be offered daily.

In the past the airline offered five flights a week between and LAX and LIH during the winter holiday season, but stopped that service in early January.

Hawaiian flights to Lihue will be operated on the airline’s Boeing 767-300ER aircraft, which seats 264 passengers, with 18 in first class and 246 in the main cabin.

The service will operate daily beginning June 15 until at least Sept. 5, 2016.

A FareCompare.com search for non-stop flights between Los Angles and Kaui shows that American, Delta and United also serve this route, with Alaska Airlines offering non-stop flights via a codeshare with American.

Harriet Baskas is a Seattle-based airports and aviation writer and USA TODAY Travel's "At the Airport" columnist. She occasionally contributes to Ben Mutzabaugh's Today in the Sky blog. Follow her at twitter.com/hbaskas.