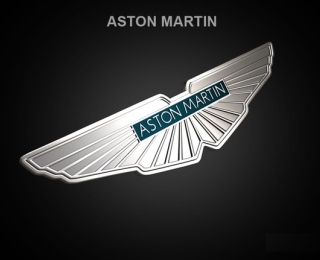 Motor enthusiasts in the capital are in for a treat in the new year when Aston Martin, the British creator of the legendary luxury vehicle, opens its first full showroom in Abu Dhabi.

The firm yesterday announced that its "retail showcase" was up and running in Etihad Towers, as a prelude to the launch of a full-spectrum dealership in Abu Dhabi early in 2017.

It is currently under construction in the appropriately swanky AD location.

"Being in the capital is integral to our regional brand strategy," says Christopher Sheppard, CEO of Aston Martin Mena. The "showcase" will whet the appetite of any car enthusiast reluctant to make the journey to Dubai, where Aston has been a force in the luxury car business for some time.

A variety of Aston merchandise is available, the firm says. I can tell you that Aston T-shirts are one of Dubai’s most in-demand fashion items, and change hands on the "secondary market" at a premium.

I wouldn’t know about that, not having the spare Dh1 million that a top-of-the-range model can cost. But I can tell you that driving one is pretty darn good too.

I’m not sure whether it was as a taster for the AD showroom or as a present for my recent birthday, but the firm gave me the loan of a car for a weekend. Whichever, thank you Aston.

It was not my first time in the car that has been immortalised by James Bond, but I have to report it was the best.

I drove a Rapide S, which the company’s promotional literature describes immodestly as "the world’s most beautiful four-door sports car". I wouldn’t disagree with that.

I’m not by any means an expert on the technical side of cars, but even I know that 6 litres of V-12 engine is enormous. It can get you from standing to 100 kilometres per hour in 4.2 seconds and deliver a top speed of 327 kph.

The model I had was a pearly white colour, with sumptuous tan leather interior, and as many gadgets as anybody would ever want to tweak. Seat a bit too hot? Just turn on the seat cooler.

All the rest of the interior electronics were of the highest standard, proof I guess that Aston is benefiting from its partnership with Mercedes.

But by far the best thing about the car was … other people’s reaction to it. I valeted it at one five-star hotel in Dubai while I went inside for a cup of tea, and came out to find it surrounded by tourists with selfie-sticks.

The valet shooed them away while I tried to maintain the superior air of an everyday Aston driver.

At the Dubai International Financial Centre, the guys who run the underground car park leapt to their feet as I came down the ramp, and ushered me into prime parking space nearest the exit. The valet at Zuma left it standing right in full view of all the other motorists using the fashionable restaurant.

All this was testimony to the car’s good looks, but the most telling evidence came from an undoubted expert: Hazem Younis, assistant manager at the Aston service centre in Dubai where I (sadly) had to return the car.

In the line of his duties, he has driven every car in the Aston range, but he told me that the Rapide S was his personal favourite. "It has comfort but is still beautiful," he said. Again, I could not disagree.