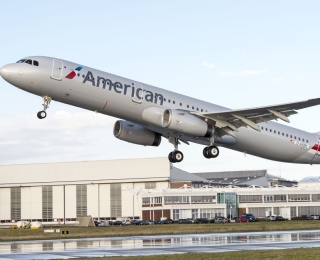 I had round-trip tickets to fly from Cleveland to Bangor, Maine, via Philadelphia on American Airlines recently. Three of the four flights were in first class. I paid a total of $957.

American made unrequested changes to my flights several times, resulting in a downgrade to economy class for all but one leg. There was no offer of a refund for the difference between the cost of the three first-class flights that I paid for and the one first-class flight that I received.

I contacted customer service, and they directed me to the refunds department. An airline representative told me to submit the request again after I completed the flights, which is not the response that I expected.

I submitted a request after my last flight, but after waiting several weeks and then resubmitting it, I've received no response. I'd like an apology and a refund of the fare difference.

This one's simple. American Airlines sold you three flights in first class; it should have delivered them. If it didn't, it should have refunded the difference between economy class and first class on the day you purchased the tickets.

But that's not how airline math works. Airlines calculate the fare difference on an involuntary downgrade based on the price the day of the flight, not the day you booked the flight. As you probably know, the price of an airline ticket changes right until the moment of departure. The numbers work to the airline's advantage in a big way because an economy-class ticket is much more expensive on the day of travel.

So the difference between first- and economy-class may be only a few dollars or, strangely, it may have a negative value. That's right, unbelievably, the economy-class fare to which you were "downgraded" could cost more than your advance-purchase first-class ticket.

When we spoke, your estimate of the fare difference was about $200. By American's estimate, it was $112. That's airline math!I have no idea why American ignored your repeated efforts to obtain a refund. You could have contacted a customer-service executive at the airline.

I think this kind of airline math is morally wrong and opportunistic. But American is hardly alone. This is how virtually all airlines do it.I contacted American on your behalf. It refunded the $112 fare difference. It's not quite the $200 you were hoping for, but it's better than nothing.