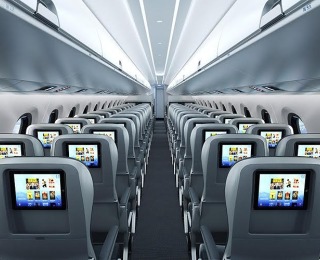 The slicing and dicing of airline seats continues — and today, that goes way beyond how they dole out shrinking amounts of legroom. In order to better compete with low-fare carriers, legacy airlines are increasingly divvying up their coach class tickets into bundles and creating new layers of stratification, an exercise they can now pull off thanks to more advanced reservation-systems technology.

By spinning off and putting a price tag on amenities like the opportunity to choose your seat or fly standby — elements that had until recently been considered part of the ticket — airlines are able to offer some of the rock-bottom fares that have had budget-conscious travelers defecting to low-fare competitors like Spirit Airlines, and are hoping that a la carte pricing models will let them cater to every type of economy traveler.

"There's a growing degree of competition from the budget airlines," said Henry Harteveldt, founder of Atmosphere Research Group. "The three ultra low-cost carriers, in particular Frontier and Spirit, have entered many major airline markets," he said.

"Even among carriers who operate very effective loyalty programs, more than 80 percent of their customers fly only once or twice a year," Mann said.

Technological improvements to reservations platforms give airlines more opportunity to charge different prices for tickets based on attributes that couldn't previously be separated out, like whether or not a passenger wants to be able to fly standby, or is willing to forgo the chance to get home a little earlier in order to save a few bucks.

"Historically they couldn't have done this," Mann said. "Now, with the introduction of further functionality, they're really merchandising systems... They can offer a product which is differentiated not only by price and terms, but by service attributes."

But while cheap fares tend to be the holy grail for most American fliers, not all travel experts are convinced that travelers will welcome yet another layer of segmentation with its own set of complicated rules. Delta's Basic Economy ticket, for instance, doesn't allow for ticket changes — even with a fee — or seat selection.

"We don't know if consumers are actually going to buy these fares," said George Hobica, founder of Airfarewachdog.com. "I think it's confusing people. I have a feeling it's just muddying the waters," he said.

To an extent, travel experts say that part of the strategy is just having that no-frills option available (kind of like fast food outlets offering salads — most customers won't go for them, but they feel better knowing that they're there). It's a marketing as well as a pricing position for a legacy airline.

Ultimately, though, Mann said he believes the a la carte and bundled pricing models are here to stay, and that travelers will prefer being able to pick and choose. "It comes down to what's meaningful for you on that particular trip," he said.

"As a traveler, you're going to have a lot more choice and control over your airline journey," Harteveldt said. "What the airlines are trying to do is take the coach cabin from being one long, homogeneous tube into a very distinct collection of experiences that allows the traveler to match what they value with what they choose to spend."