2017 Jaguar XE Review The Claws Are Out 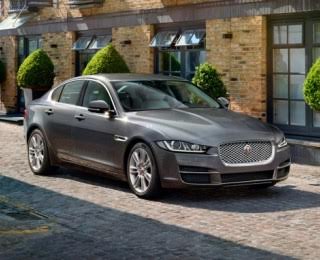 Things were not off to a good start in “Operation Impress the In-Laws”. The Jaguar XJ I had expected, and which promised ample long wheelbase accommodation for their legs, was no longer arriving; instead, Jaguar‘s brand new 2017 XE R-Sport, the automaker’s entry-level sports sedan and rival to the BMW 3 Series, was on its way. My extended family may not be especially swayed by brand cachet, but could the smallest Jag be too compact a kitty to keep four adults happy?

Jaguar has been on something of a reinvention kick over the past few years. A process arguably begun by the beautiful F-TYPE coupe and convertible, it’s seen new and more invigorating engines be clad in sharper, more beguiling bodywork, not to mention a welcome improvement in build quality and reliability.

Launched at the same time as the F-PACE, though, the XE was overshadowed by Jaguar’s first SUV. A design that’s close to that of the larger XF – itself a condensed version of the range-topping XJ – meant solid good looks on the road, but added to the feeling of “more of the same” from the automaker.

Away from the F-PACE, though, the XE holds its own. The front is its strongest aspect, both the gaping maw of the grille and the angry squint of the headlamps, sending flowing creases back over the heavily-sculpted hood.

From the side the XF cues are clearer, and by the time you reach the rear it’s all gone a little bland. The big, two-tone alloy wheels of the R-Sport version help with the stance, at least, even if I’m not 100-percent on their design.

Jaguar has been waging a war between heritage and modernity for some time now, and nowhere is that clearer than in the XE’s interior. The center stack, with its vast, widescreen infotainment touchscreen – an option; the regular version is a significantly smaller panel – is the most geeky part of the cabin, while the wraparound dashboard design is pure, old-school XJ.

Despite the big screen, Jaguar has wisely provided physical buttons for the HVAC system. They don’t feel the highest-quality of switchgear in the segment, especially the ocean of unpleasantly glossy black plastic they’re surrounded by, but they’re at least easy to stab without distraction from the road ahead.

Jaguar’s excellent HERE-powered navigation system goes beyond the parking lot, offering to hand over the final steps to your destination to your smartphone. Switch on the auto-learning commute mode, meanwhile, and while it won’t give you directions you already know, it will keep an eye out for potential hold-ups along the route.

With two average sized adults up-front, mind, rear seat legroom is on the compact side. Trunk space, too, is limited. My in-laws are indeed average size and they fit, though the steeply raked rear glass and sculpted seats meant it felt fairly tight back there.

Though I’m a diesel fan in general, having tried Jaguar’s oil-burner at the XE’s launch I can’t say it’s the engine I’d choose from. Diesel’s big draw – lashings of torque – is hardly evident, and the whole thing seems tuned unduly for economy. Along the way, the XE’s eagerness has been declawed.

Jaguar’s pop-up transmission knob is still a neat party trick, and so is the 8-speed ZF automatic gearbox. It shimmies neatly through the ratios, happy to keep you moving as the agile and smooth handling underscores the sporting ambitions of the car.

Indeed, in Sport mode the transmission is almost too eager to play, holding lower gears even when you’d think it would be patently clear that you were cruising, not competing, in traffic. Pick the right roads, though, and it’s plenty of fun.

Jaguar then heaped on the $2,100 Comfort and Convenience package with its climate-controlled front seats, heated rear seats, power trunk lid, and electric rear sun-blind, along with the $2,700 Technology package that upgrades to the 10.2-inch display, navigation, WiFi, and excellent 825W Meridian sound system.

$1,000 apiece for the Adaptive Dynamics and a set of 19-inch wheels, $990 for the head-up display, and another $900 for the gloss black trim and fancy metallic paint push the total to a hefty $61,385 with destination.

Personally, I’d temper my hunger in the options list, even if for the most part Jaguar undercuts its BMW and Mercedes-Benz rivals in the segment spec-for-spec.

That’s because, at its heart, the 2017 Jaguar XE is about crisp, comfortable speed. Don’t be confused by the passenger seats or the luxury appointments: this is a way to get the corner-chomping, exhaust-howling fun of the F-TYPE into a more family-acceptable package. My in-laws were happy and, grinning discretely behind the wheel, so was I.